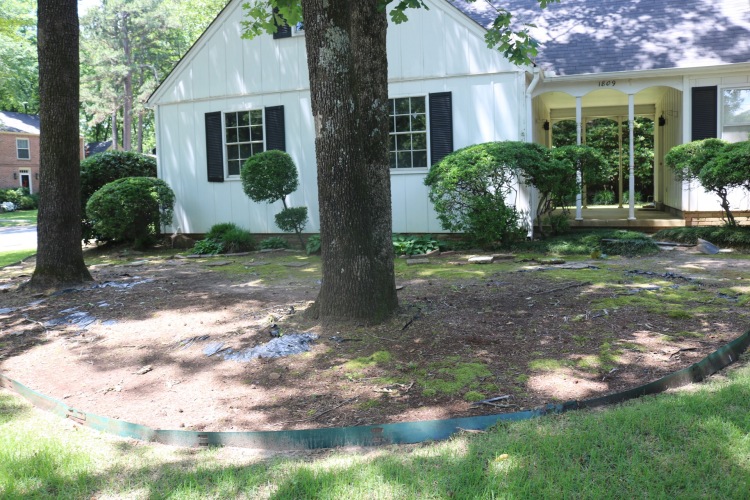 Welcome back to Gunpowder’s progress posts! If you haven’t checked out Part 1, you can find it here!

Moving to the outside of this one was pretty exciting, because it was honestly pretty cute on the exterior to begin with. It just needed some major TLC to bring it back to life! Like I said in the Before post, we were told by the neighbors that a cute little elderly woman kept this yard up even into her 80’s. So, we really lucked out with the care and love she put into it when she owned it. Plus, can you imagine being outside and mowing a yard of this size in your 80’s? I sure can’t!

So, we immediately headed to the nursery for some serious loads of mulch and rocks.

This entire bed took 5 whole yards of mulch in Nick’s trailer. It took us a whole weekend to get it all laid out, but it really freshened up this exterior so much!

Those rocks were no joke! Talk about heavy! But, again–another really nice and clean update that was much needed. 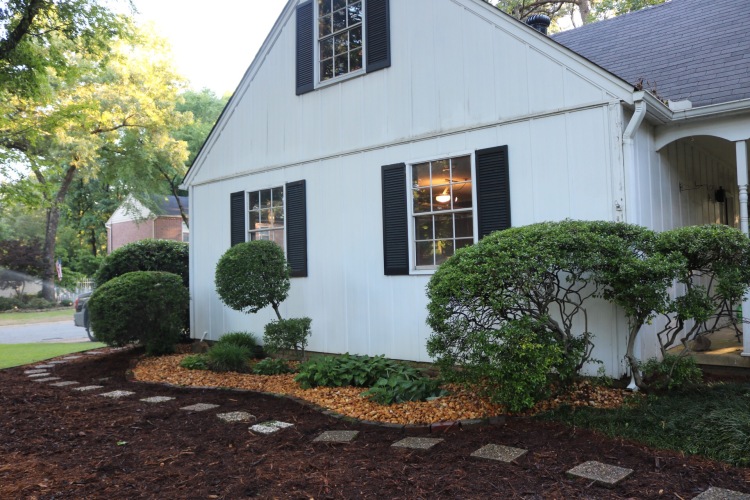 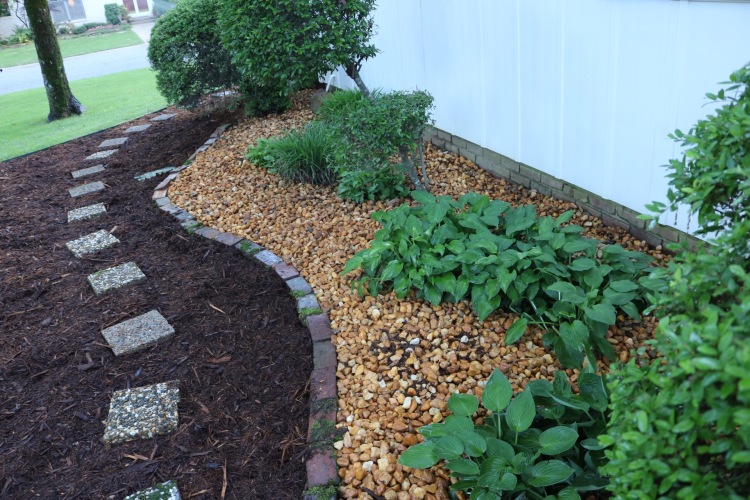 This house even came with an almost new sprinkler system so the grass was always gorgeous!

Then came the cute flowers! My favorite part of exterior work! 😉 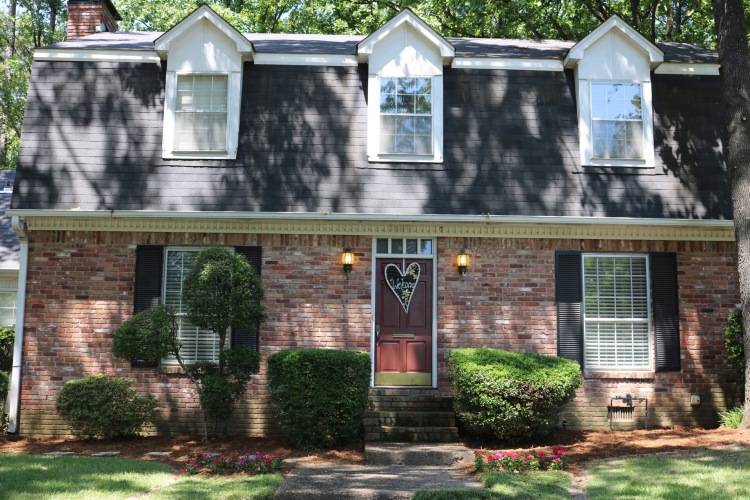 Once the front was complete, we were able to move onto the next HUGE project. Nick built a completely brand new deck, from scratch for this house. What’s the most impressive part is that he didn’t have a single plan or write down a single measurement. He has built a few decks before but this one was his best one yet! (Remember Wild Turkey’s deck update?) Going from just a little stump of a concrete slab to an oversized spacious deck was a huge update for Gunpowder. It had a cute backyard so we wanted the new buyers to be able to actually enjoy the space and use it!

The supervisors of the deck work were always hanging around keeping an eye on things.

Ta-daaaa! If that’s not impressive, I’m not sure what is! And I’m not even saying that because I know the cute carpenter behind it! 😉

Cooper was extra thankful for a new meditation spot too! His high paced life demands a good break every now and then….Shhhhh….. 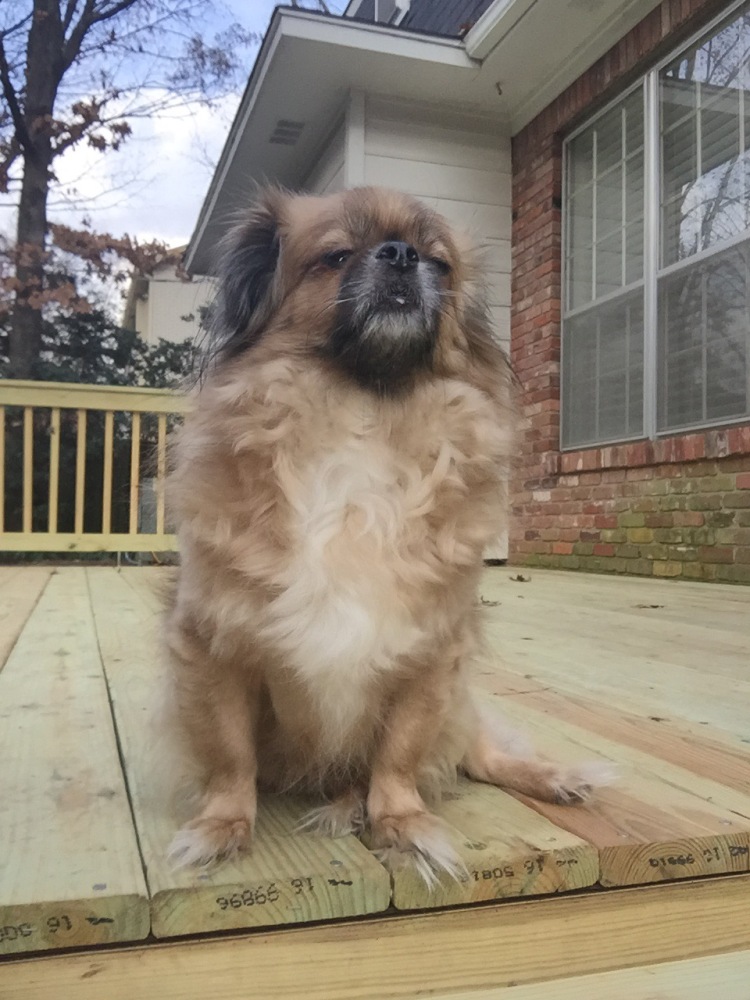 Then, FINALLY–it was time to get this home on the market!

Showing after showing went by, and this is how we ride around town during each one. These two have officially become the best car riders now that we’ve had them in and out of the car about 18,000 times for all the showings on these houses.

And what do you know? That SOLD sign went up before we knew it!

Who’s ready for the “After” pictures on this one? They’re pretty impressive with the transformation house #3 made from beginning to end! Stay tuned!!

I’m a runner, outdoors enthusiast, and freelance social media content creator! Oh, and I should probably mention that I’m a total sweets addict!

Welcome to my blog! I’m so glad you’re here!

Running = losing your mind to find peace of mind.
Forever and always chasing down sunshine. ☀️💫
It doesn’t matter where you’re going, it’s who you have beside you. 💕 -Unknown
Sky above ⛅️
“Your life is your story.
‘Tis the sea-sun!☀️🌊🎄
📞 Ring, ring! “Cooper the Goodest Boy here! How may I direct your call?” 🐾 😏
🎶 JINGLE shells
Out of office. ✌🏻☀️🌊